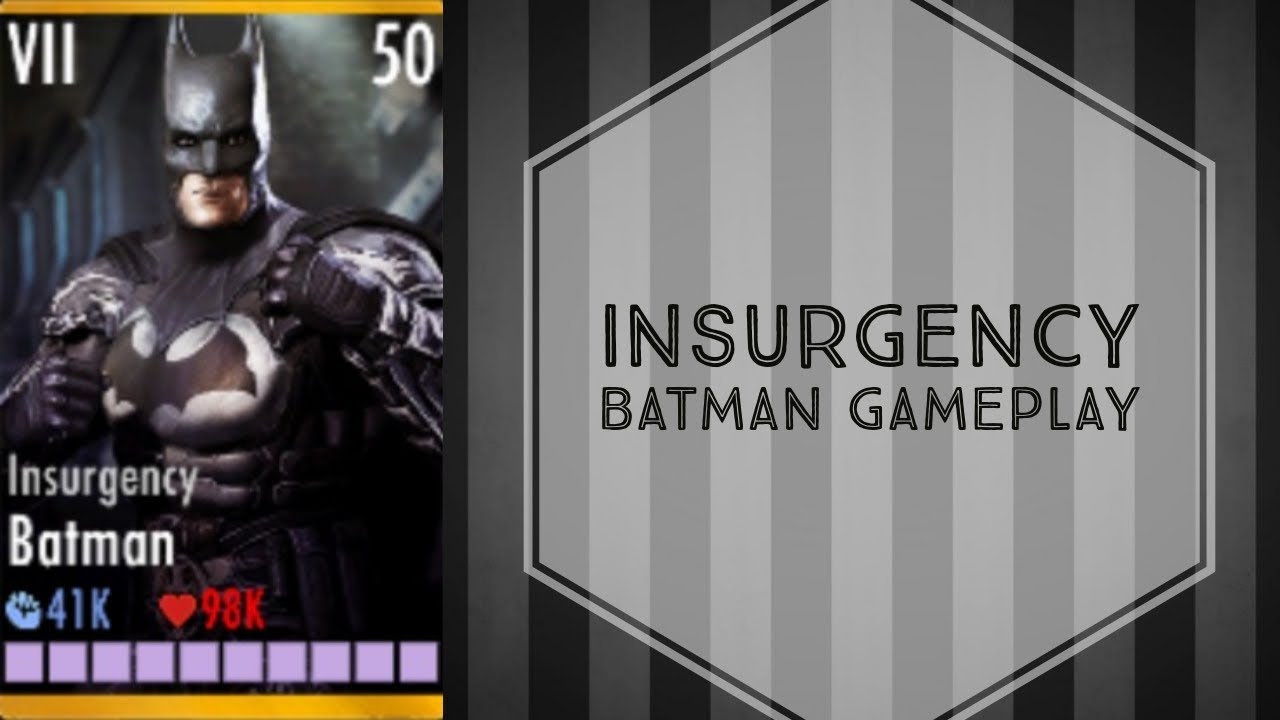 Batman Insurgency is one of the least popular gold characters due to many factors, including his low health stat, a poor damage stat, and a passive that is rarely useful.

His basic attacks deal 300% damage (or 200% more damage, despite what the description says) against stunned opponents, but a stun only lasts for one basic attack combo, and as his Explosive Batarang only deals half the normal damage, this only leads to a small damage bonus overall in comparison to using a normal special 1. Additionally, since the damage bonus scales according to his poor base damage, it will have diminishing returns when stacked with other basic damage increases (although crit damage will still scale multiplicatively and can be effective when Batman has access to crit boost, or when stacked with Cloak of Destiny’s Crit boost and further bonus damage against stunned).

Please note that battles are highly situational: this section only mentions cards that have mechanics that, for any reason, are particularly effective with/against, or particularly ineffective against Batman. Having a card that “counters” Batman does not mean it is always a good choice.

Any character with a strong reliable STUN, ideally Static/Prime: This makes it easier for Batman to utilize his passive and to save power for his much stronger SP2.
Massive Sharpened Teeth: The chance to stun on combo ender means Batman could potentially use his passive more frequently without having to use his SP1, meaning he can bank power for his SP2.
Hawkgirl/Earth 2: With more ways and chances to stun, Hawkgirl can allow Batman to utilize his damage bonus more frequently.

Raven/Prime: Batman’s SP2 is a strong single-hit attack.
Characters with slow attack speeds, such as Solomon Grundy, Killer Croc/Arkham: Their sluggishness makes it easier for Batman to land an unblocked SP1, increasing the chances for Batman to use his passive on them